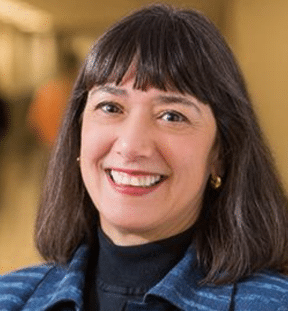 Monica Bertagnolli, MD, FACS, FASCO,, is a Professor of Surgery at Harvard Medical School, Chief of the Division of Surgical Oncology at Brigham and Women’s Hospital, and an Attending Physician at Dana-Farber Cancer Institute in Boston, Massachusetts. Dr Bertagnolli specializes in the treatment of gastrointestinal cancers, gastrointestinal stromal tumors, and sarcoma. She has been a member of Dana-Farber Cancer Institute since 2000.

Dr Bertagnolli maintains an active research laboratory focused on understanding the role of the inflammatory response in epithelial tumor formation. She was an organizing member of gastrointestinal correlative science initiatives within the National Cancer Institute–funded Cancer Cooperative Groups, for which she helped integrate tumor-specific molecular markers of treatment outcome into nationwide clinical cancer treatment protocols

An active member of the American Society of Clinical Oncology (ASCO), Dr Bertagnolli also serves as Co-Chair of American Society for Clinical Pathology, College of American Pathologists, Association for Molecular Pathology, and ASCO Colorectal Cancer Guidelines Committee. She is Vice President of the Coalition of Cancer Cooperative Groups, Chair of the Alliance for Clinical Trials in Oncology, President of the Alliance for Clinical Trials in Oncology Foundation, Chief Executive Officer of Alliance Foundation Trials, and member of Natera’s Board of Directors. Dr Bertagnolli has served on the National Academy of Medicine’s National Cancer Policy Forum since 2012

She is the recipient of the 2015 Charles A. Sanders Life Sciences Award given by the CEO Roundtable on Cancer. Dr Bertagnolli has authored or co-authored at least 126 peer-reviewed journal articles. She received her medical degree from the University of Utah School of Medicine. She completed her residency in internal medicine at Brigham and Women’s Hospital. Dr Bertagnolli is board certified in surgery